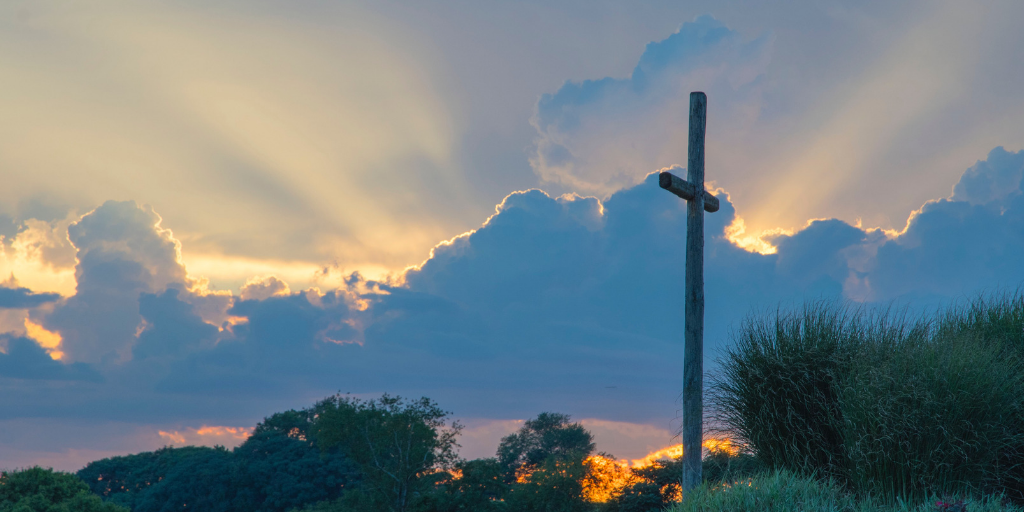 Being a Byword on Good Friday

For the bodies of those animals whose blood is brought into the holy places by the high priest as a sacrifice for sin are burned outside the camp. So Jesus also suffered outside the gate in order to sanctify the people through his own blood. Therefore let us go to him outside the camp and bear the reproach he endured. For here we have no lasting city, but we seek the city that is to come. (Hebrews 13:11-14)

On Good Friday, we remember the crucifixion and death of Jesus Christ. Sentenced to death for crimes he did not commit by a feckless provincial governor fearing for his own job, Jesus was executed by the Romans on behalf of the Jews. Outside the city walls of Jerusalem, God’s innocent Lamb, slain for the sins of his people, absorbed the righteous wrath of the Father against them, soaking up all of it until God’s justice was satisfied. And so we now look back on this dark travesty of justice and call this day “Good,” for it purchased salvation and eternal life for any and all who trust in Christ.

Crucifixion was a brutal and humiliating death. Our contemporary English term excruciating is derived from crucifixion. The very purpose of this form of execution was to terrorize and deter those who might consider following in the victim’s footsteps. Only the most heinous crimes were typically punished in this manner. The victim often took days to die, elevated on a pole or tree up in the air for all to see. Our sanitized Christian art and picture books and crucifixes fail to do justice to the horrific realities of this act; the modest loincloth usually depicted in such works was almost certainly absent, as Romans usually sought to maximize the vulnerability and humiliation of the condemned by stripping them naked. It was not uncommon for the crucified to be left hanging on the cross for a long time after death as a warning to others.

It’s remarkable from our twenty-first-century Western perspective, then, that in calling the attention of his readers to the “reproach” Jesus suffered, the author of Hebrews points not to the manner of Jesus’ execution, but rather its location. One of the most exciting aspects of Bible study is discovering how even the small historical details recorded in Scripture can have deep, life-changing significance. The place of Jesus’ crucifixion is one of these. As the author of Hebrews points out, Jesus “suffered outside the gate,” in fulfillment of Old Testament precedents and pictures such as the burning of sacrificial animals outside of the camp.

Indeed, the Old Testament repeatedly underlines this theme of reproach in discussing matters “outside the camp.” Not only was the flesh and skin of the sin offering burned outside of the camp, but its “dung” (Exo. 29:14; cf. Lev. 4:12, 21; 6:11; 8:17; 9:11; 16:27). The Israelites were commanded to “sit down” outside of the camp when nature called, and then to cover it up afterward (Deut. 23:12-13)—because “the Lord your God walks in the midst of your camp, to deliver you and to give up your enemies before you, therefore your camp must be holy, so that he may not see anything indecent among you and turn away from you” (v. 14). Of those afflicted with leprosy, the Law commands: “He shall remain unclean as long as he has the disease. He is unclean. He shall live alone. His dwelling shall be outside the camp” (Lev. 13:46). Not just the leprous, either, as those suffering from a discharge, or who come in contact with the dead, are to be “put out of the camp” (Num. 5:2-3). Males who experience a “nocturnal emission” are commanded to go outside the camp until sunset (Deut. 23:10-11). Executions by stoning were done outside of the camp (Num. 15:35-36). A particularly telling text that explicitly stresses the shame of being outside the camp is found in Numbers 12:14-15, where Moses, after pleading with God to heal the leprosy given his rebellious sister Miriam as a punishment, is told: “If her father had but spit in her face, should she not be shamed seven days? Let her be shut outside the camp seven days….”

These precedents and pictures underline the reality that Hebrews’ author stresses in verse 13 that Jesus, outside the gate, “outside the camp,” suffered reproach. He was taken outside the camp, like one who was reviled and unclean. He was taken to the place where the garbage was tossed, where the diseased were quarantined, where people went to use the washroom. Jesus did his most powerful and God-glorifying work in a place of utter shame and rejection.

As we remember Jesus’ death this Good Friday, let’s not forget the reproach he suffered. Especially now, in our day, and here in our land. Hebrews calls us to remember his death “outside the gate” precisely because we are to “go to him outside the camp and bear the reproach he endured.”

More and more, we face reproach in our culture for what we believe. Our convictions about hell and final judgment have been publicly held up for ridicule by our political leaders in our own province. Christian business owners are being dragged to court and having their businesses shuttered because they cannot in good conscience serve Gospel-denying “marriages” that reject God’s design for human sexuality. The day is coming, and may even be here already, where our biblical beliefs about these things will provoke our society to equate us with racists. We face reproach, brothers and sisters. We are already being treated as unclean lepers by our own countrymen.

But that’s where we’re called to be. We who have been joined with Christ in his death, who have had our sins nailed to his cross, and who have the joy and hope of being joined with him in his resurrection, need to be prepared to count the cost and join him “outside the camp.” If you’re a Christian, the ridicule and reproach of the world is part of the job description. Your calling is to be a “byword.” Don’t cling so tightly to the respect and acceptance of unbelievers, brothers and sisters.

Thankfully, though, by God’s mercy, we differ from Jesus and the lepers in this one respect: we are not alone. We have one another. We have the Spirit of Christ. And having Christ, we have everything. Praise God!

This article was originally published at the Calvary Grace Church blog on April 2, 2015.