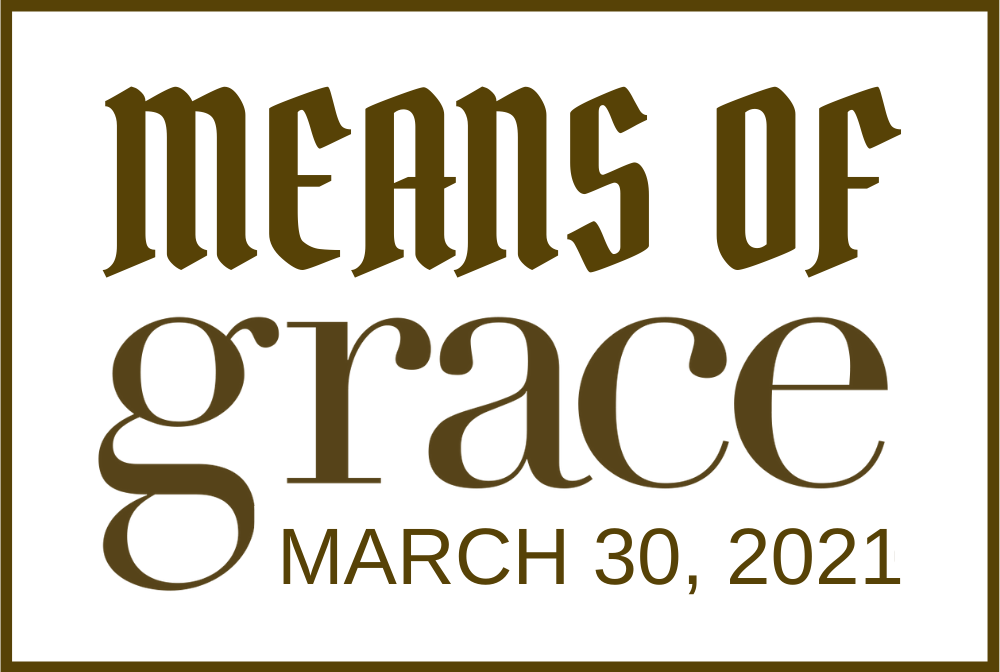 Time for another issue of “Means of Grace”! Here’s a few things you may find helpful related to this past week’s teaching and our upcoming remembrance of Good Friday and Resurrection Sunday.

We talked about the doctrine of inerrancy in Adult Sunday School, and I shared copies of the Chicago Statement on Biblical Inerrancy. Here’s a link to that statement, which defines, carefully, what inerrancy does and does not mean.

The drafters of the Chicago Statement also released a commentary on the statement, further unpacking what they were striving to articulate. Here’s a free e-book, “Explaining Biblical Inerrancy,” by two participants, the theologians Norm Geisler and R.C. Sproul, providing that commentary.

Finally, during the discussion at Sunday School, our dear brother and guest Pastor Terry Stauffer mentioned an article titled “The Logic of Biblical Authority,” by Nigel Cameron. It’s a bit of a heavier read, but is well worth the effort.

The federal government passed Bill C-7 on euthanasia. Here’s Andre Schutten explaining how this represents our government stepping away from its God-given responsibility to “protect in law—equally and fully—the lives of its citizens.”

Also last week, in answer to the prayers of many, Pastor Coates of GraceLife Church was released from prison. Wyatt Graham at TGC Canada talked with Pastor Coates’ lawyer, James Kitchen, and wrote up this helpful explanation of what happened and what it means going forward.

Some Resources on Jesus’ Death and Resurrection

Here’s an article explaining, day by day, what happened during the Easter week.

You (and your kids!) may be interested in these 3-D videos reconstructing Jerusalem and the Temple in the time of Jesus. (Note Justin Taylor’s caveat at the end that a couple of these, though accurate, are produced by Mormons).

The Gettys have released a free (with email signup) PDF of their "Easter Hymnal." Lots of nice songs (with sheet music!) here!

While not an easy read, here's John Owen's classic "The Death of Death in the Death of Christ," a classic Reformed and Puritan examination of what Jesus' sacrificial death on the Cross actually accomplished. J.I. Packer's introduction (separate link here) to the modern reprint of this work is a classic in and of itself, so for those who do read Owen's full work above, don't skip it!

May God bless you this coming week!