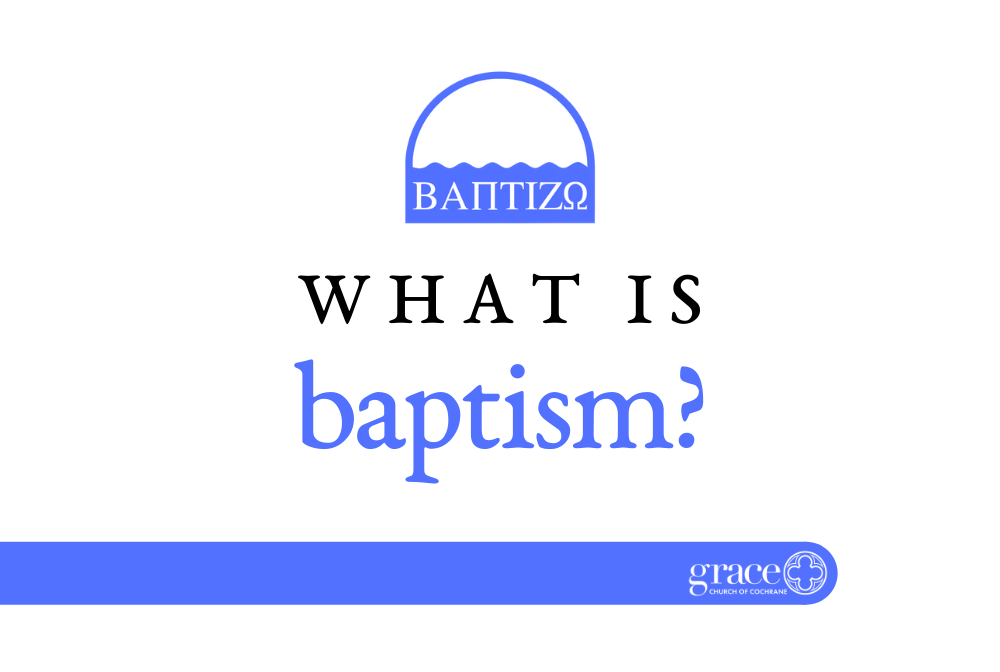 Go therefore and make disciples of all nations, baptizing them... (Matt. 28:19a)

What is “baptism” in the first place? What does Jesus tell us to do to disciples? The English word “baptism” comes from the Greek word baptizo, a word that means to “immerse” or “plunge underwater.” Outside of the Bible, this word was sometimes used to refer to ships sinking. Thayer’s Greek Lexicon tells us this word literally means “to immerge, submerge...to cleanse by dipping, submerging.”

What’s even more important than the dictionary definition of a word, though, is how it’s used. And in the New Testament, the word “baptism” is repeatedly used in a way that supports this idea of immersion. For one thing, baptism as described in the New Testament required a lot of water. The precursor to Christian baptism was the baptism performed by John the Baptist, who chose the spot where he performed his baptisms for this very reason: “John also was baptizing at Aenon near Salim, because water was plentiful there” (John 3:23). And when Philip met the Ethiopian eunuch in the desert and explained the Gospel to him, the Ethiopian asked to be baptized—but look at the way in which he asks for it: “As they were going along the road they came to some water, and the eunuch said, ‘See, here is water! What prevents me from being baptized?’” (Acts 8:36). No one travels in the desert without a supply of drinking water. If only a few drops for “sprinkling” were required, why wait until one comes to a body of water? And this was a body of water, a pond or a river or something similar, because Luke goes on to write: “And he commanded the chariot to stop, and they both went down into the water, Philip and the eunuch, and he baptized him. And when they came up out of the water, the Spirit of the Lord carried Philip away, and the eunuch saw him no more, and went on his way rejoicing” (Acts 8:37-39). Baptism was performed in “plentiful” water so that the person being baptized “went down into the water” and then “came up out of the water.”

And a second reason that we know baptism involved immersion is the symbolism of baptism. The Apostle Paul explains in his letter to the Romans that baptism is a picture of the Christian being joined to Jesus Christ in his burial and resurrection: “We were buried therefore with him by baptism into death, in order that, just as Christ was raised from the dead by the glory of the Father, we too might walk in newness of life.” This symbolism, this picture of burial into and resurrection from the grave, is what baptism is all about. And the way in which baptism is done is to put that picture, that symbolism, on display for those watching to see.

The word “baptize” means literally to “submerge or immerse.” Baptism in the New Testament required “plentiful” water. And baptism is a picture of burial and resurrection. That’s why we baptize by immersion at Grace Church.