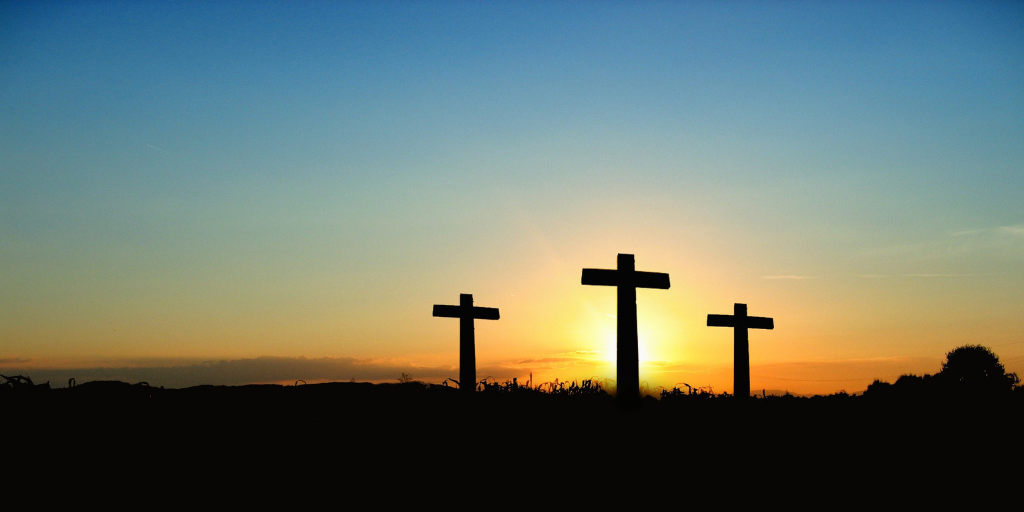 As they were talking about these things, Jesus himself stood among them, and said to them, “Peace to you!” But they were startled and frightened and thought they saw a spirit. And he said to them, “Why are you troubled, and why do doubts arise in your hearts? See my hands and my feet, that it is I myself. Touch me, and see. For a spirit does not have flesh and bones as you see that I have.” And when he had said this, he showed them his hands and his feet. And while they still disbelieved for joy and were marveling, he said to them, “Have you anything here to eat?” They gave him a piece of broiled fish, and he took it and ate before them. (Luke 24:36-43)

One of the most enjoyable things about pastoral ministry is conducting membership interviews. Our practice at Grace Church, inherited from our "previous life" at our mother church, Calvary Grace, is to interview anyone considering joining the church as a member. Part of such an interview is to hear the testimony of the newcomer: how did Jesus save him or her? Over the years I have conducted dozens of these interviews. I don’t know if there’s anything as profoundly encouraging or exciting as hearing the testimonies of those God has saved and brought into our midst!

Our usual practice during these meetings is to ask the candidate to present to us the Gospel message. Over the last year, my brother elders and I have noted that, in many of these interviews, one item that often gets overlooked by candidates in sharing with us the Good News is the Resurrection of Jesus Christ. It’s not that any of them didn’t know about it, or didn’t think it was important, but I know from my own experience that it’s easy to focus on the sinless life of Christ, the fact that his death was a sacrifice for our sins in our place, and the need for sinners to repent and believe, thus jumping straight from Christ’s work of atonement to the Holy Spirit’s work of application. (This shows another great reason for new member interviews—it lets us know when we haven’t been emphasizing something enough!)

The Resurrection is vital. It shows that the Father has accepted the sacrifice of the Son. It vindicates the righteousness and innocence of Jesus Christ. It shows once and for all that death is a defeated foe, and that the worst power of sin is nothing compared to the might of God. It is foreshadowing of the resurrection we, as believers, will one day experience if the Lord tarries. As Pastor Clint Humfrey of Calvary Grace Church proclaimed in a great sermon series, Jesus “blazed the trail” for us through death into the resurrection ahead of us.

In the first centuries of church history, even during the time when the Apostles penned the New Testament epistles, the teaching of the resurrection was hotly disputed. The influential party of the Sadducees, a group of Jewish theologians influenced by Greek ideas, denied that the dead would be raised—a point they even argued with Jesus about, only to be refuted by his powerful statement: “He is not God of the dead, but of the living” (Matt. 22:23-33). The split between the Sadducees and Pharisees on this point was so profound that the Apostle Paul, hated by both parties, was nonetheless able to shrewdly manipulate the controversy in order to proclaim the Gospel (Acts 23:1-10). The truth of the doctrine of resurrection was so important that Jesus and Paul were willing to engage in public theological debate about it.

Even further, incidents in Jesus’ life and ministry seem to have been appointed by God to make the point that the dead are raised—and specifically, that this resurrection is physical, that the same body that dies is given new life. When Jesus raised Jairus’ daughter from the dead in Mark 5, after telling the parents to keep the matter quiet, he tells them to give her something to eat (v. 43). My belief is that if this were merely a “housekeeping” concern on Jesus’ part, Mark might not have recorded this fact, but he did anyway because it was significant. Indeed, this incident echoes one of Jesus’ own post-resurrection appearances, where when surprising his disciples on the beach, he asks for food and eats a piece of fish in their presence (Luke 24:42-43). In both cases, Jesus proves that the resurrected body is physical and that he (and Jairus’ daughter) is no ghost.

It’s important to stress this point, because I think there’s a prevailing idea in our culture that if there’s a life beyond death, it must be a purely spiritual one. I think this idea has roots in ancient Greek philosophy, some strands of which disparaged the goodness of matter and physical existence, strands of the sort that even the apostles had to fight against in their day (see 1 Corinthians 15 for an example). But it isn’t a Christian idea. The Bible teaches that “if we have been united with [Jesus] in a death like his, we shall certainly be united with him in a resurrection like his” (Rom. 6:5). And if that’s the case, our resurrection will be physical. We, too, will be able to eat broiled fish on the beach, if we are ever so inclined! That’s not to say that our bodies will be exactly the same; certainly we will be free of sin, perfected and glorified, and beyond that we simply don’t know what other differences there might be. But we can be assured that we will be raised in the body, just as Jesus was, and that our eternal life will be spent not only in a new heavens but a new earth as well (Isa. 65:17; 2 Pet. 3:13).

So on Easter Sunday, we celebrate Jesus’ finished work. We glorify God for proving his own righteousness. We proclaim that sin and death are defeated. Let us also remember, and rejoice, that in Jesus’ death and resurrection we have been given a sure and certain hope—that one day we, too, who believe in him, will be raised anew, with transformed and glorified physical bodies, and will live eternally to the glory of the One who will lift us from the grave.

Adapted from an article originally posted at the Calvary Grace Church blog on April 3, 2015.